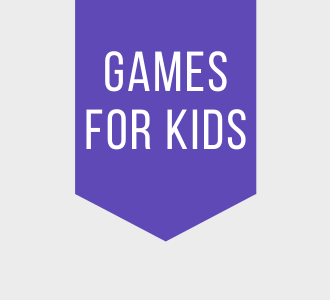 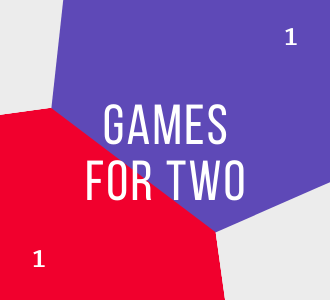 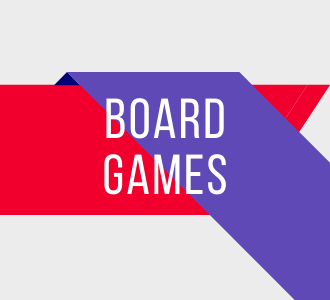 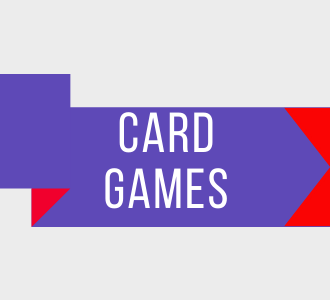 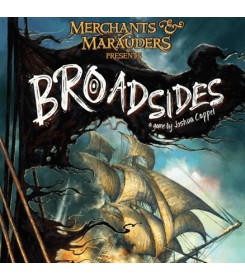 Set in the Merchants & Marauders universe, Broadsides is a standalone game in which the two opposing players command pirate ships engaged in a fierce battle over a profitable sea lane. Sinking the enemy or taking out their Captain and First Mate are the only ways to seize victory and survive the day! The card-driven game system allows players a wide variety of actions, triggered by playing cards in a variety of combinations.

Multiple tactical approaches to either of the win conditions means that you can tailor your gameplay to your strengths and your foe's weaknesses. Outthink, outplay, outgun, and sail away the winner! (source - boardgamegeek.com) 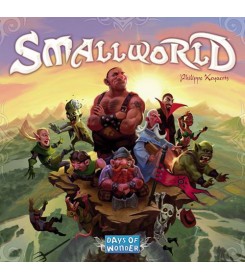 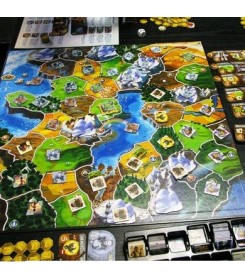 Small World is inhabited by a zany cast of characters such as dwarves, wizards, amazons, giants, orcs, and even humans, who use their troops to occupy territory and conquer adjacent lands in order to push the other races off the face of the earth. Picking the right combination from the 14 different fantasy races and 20 unique special powers, players rush to expand their empires. Yet they must also know when to push their own over-extended civilization into decline and ride a new one to victory! A race in decline is designated by flipping the tiles over to their black-and-white side. At the end of your turn, you score one point (coin) for each territory your races occupy. After the final round, the player with the most coins wins. 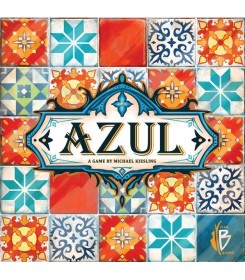 In the game Azul, players take turns drafting colored tiles from suppliers to their player board. Later in the round, players score points based on how they've placed their tiles to decorate the palace. Extra points are scored for specific patterns and completing sets; wasted supplies harm the player's score. The player with the most points at the end of the game wins. 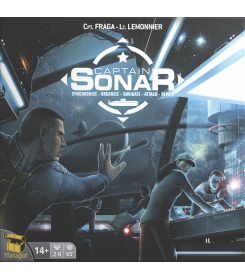 You and your teammates control a state-of-the-art submarine and are trying to locate an enemy submarine in order to blow it out of the water before they can do the same to you. Every role is important, and the confrontation is merciless. Be organized and communicate because a captain is nothing without his crew. Captain Sonar can be played in two modes: turn-by-turn or simultaneous. In the latter set-up, all the members of a team take their actions simultaneously while trying to track what the opponents are doing, too. 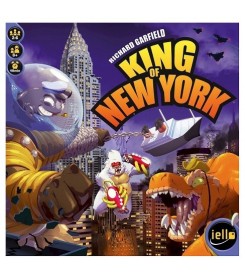 King of New York Board game

King of New York keeps the core ideas of King of Tokyo while introducing new ways to play:your goal is to be the first monster to collect 20 victory points (VPs) or to be the last monster standing. What's new in King of New York is that you can now try to become a star in the big city - you can achieve "Fame", which nets you VPs, but superstar status is fleeting, so enjoy your time in the spotlight. The game board for King of New York is larger than in KoT. When you attack, you can displace a monster in another district, whether to escape military forces or to find new smashing opportunities. The monsters from King of New York can be used in KoT and vice versa, but the power cards are specific to this game. 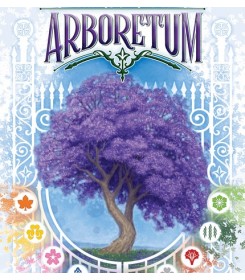 Arboretum is a strategy card game for 2-4 players, aged 10 and up, that combines set collection, tile-laying, and hand management while playing in about 25 minutes. Players try to have the most points at the end of the game by creating beautiful garden paths for their visitors.